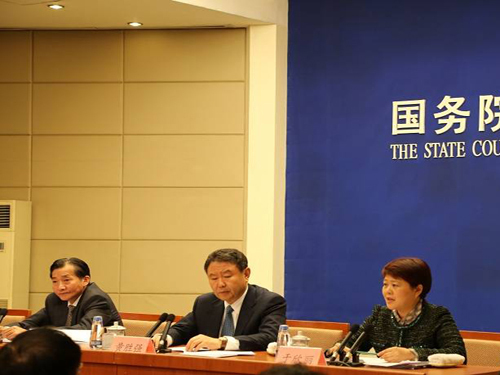 After Premier Li Keqiang signing the contract, the State Council has recently issued the "Deepening Reform Plan for Standardization Work" (hereinafter referred to as the "Program"), deploying a reform standard system and a standardized management system, improving the standard setting working mechanism, strengthening the implementation and supervision of standards, and better standardization. It plays a fundamental and strategic role in advancing the modernization of national governance systems and governance capabilities, and promotes sustainable and healthy economic development and overall social progress.

The "plan" proposes that the overall goal of the reform is to establish a new standard system that is coordinated by the government-led standards and the market's self-developed standards, coordinated and matched, and a standardized management system that is unified and coordinated, operates efficiently, and the government and the market co-govern. The standardization work pattern of government guidance, market-driven, social participation, and coordinated advancement effectively supports the construction of a unified market system, making standards a â€œhard constraintâ€ on quality and pushing the Chinese economy toward the mid- to high-end level.

The "plan" emphasizes the principle of adhering to the principles of decentralization, decentralization, integration, international integration, and overall advancement, and clarifies six reform measures: First, establish an efficient and authoritative standardized coordination and coordination mechanism, coordinate standardization and major reforms, and study the importance of standardization. Policies to coordinate the formulation and implementation of cross-departmental, cross-field, and major controversial standards. The second is to integrate and streamline mandatory standards. Gradually integrate the current mandatory national, industrial, and local standards into mandatory national standards. Mandatory national standards are approved by the State Council for release or authorized for release. The third is to optimize and improve the recommended standards. Further optimize the recommended national standards, industry standards, and local standards system structure, promote the transition to public welfare standards within the scope of government responsibilities, and gradually reduce the number and scale of existing recommended standards. The fourth is to cultivate standards for development groups. Encourage social organizations and industrial technology alliances such as societies, associations, chambers of commerce, and federations with appropriate capabilities to coordinate relevant market entities to jointly formulate standards that meet market and innovation needs and increase the effective supply of standards. The fifth is to liberalize and invigorate corporate standards. Establish a self-declaration disclosure and supervision system for corporate products and service standards, gradually eliminate the government's record management of enterprise product standards, and implement corporate standardization subject responsibilities. The sixth is to raise the standard of internationalization. Actively participate in international standardization activities, promote mutual recognition of standards with major trading nations, vigorously promote Chinese standards, and use Chinese standards to â€œgo globalâ€ to drive our products, technologies, equipment, and services â€œgoing outâ€.

The "plan" clearly defines the implementation of the reform in three phases. The first phase, from 2015 to 2016, is mainly to push forward the reform pilot work, revise and improve the relevant laws and regulations and management systems, and at the same time conduct a comprehensive clean-up and review of the current standard system; the second phase from 2017 to 2018, mainly to the safe direction The transition from the new standard system to the third phase will basically complete the establishment of a new standard system from 2019 to 2020. The level of internationalization of our standards will be greatly enhanced, and all reform tasks will be completed.

Since the reform and opening up, especially since the beginning of the new century, China's standardization cause has flourished, and a standard system covering all fields of the fields of primary, secondary, and tertiary industries and social undertakings has basically taken shape. Standardization plays an increasingly important role in ensuring the quality of products and services, promoting economic transformation and upgrading, ensuring and improving people's livelihood, and serving foreign trade and foreign trade. However, the current standard system and standardized management system are not perfect, the role of the government and the market is misplaced, and the vitality of the market players has not been fully realized, which hinders the effective implementation of standardization work. It is necessary to effectively change the functions of the government's standardized management and deepen the reform of standardization work.